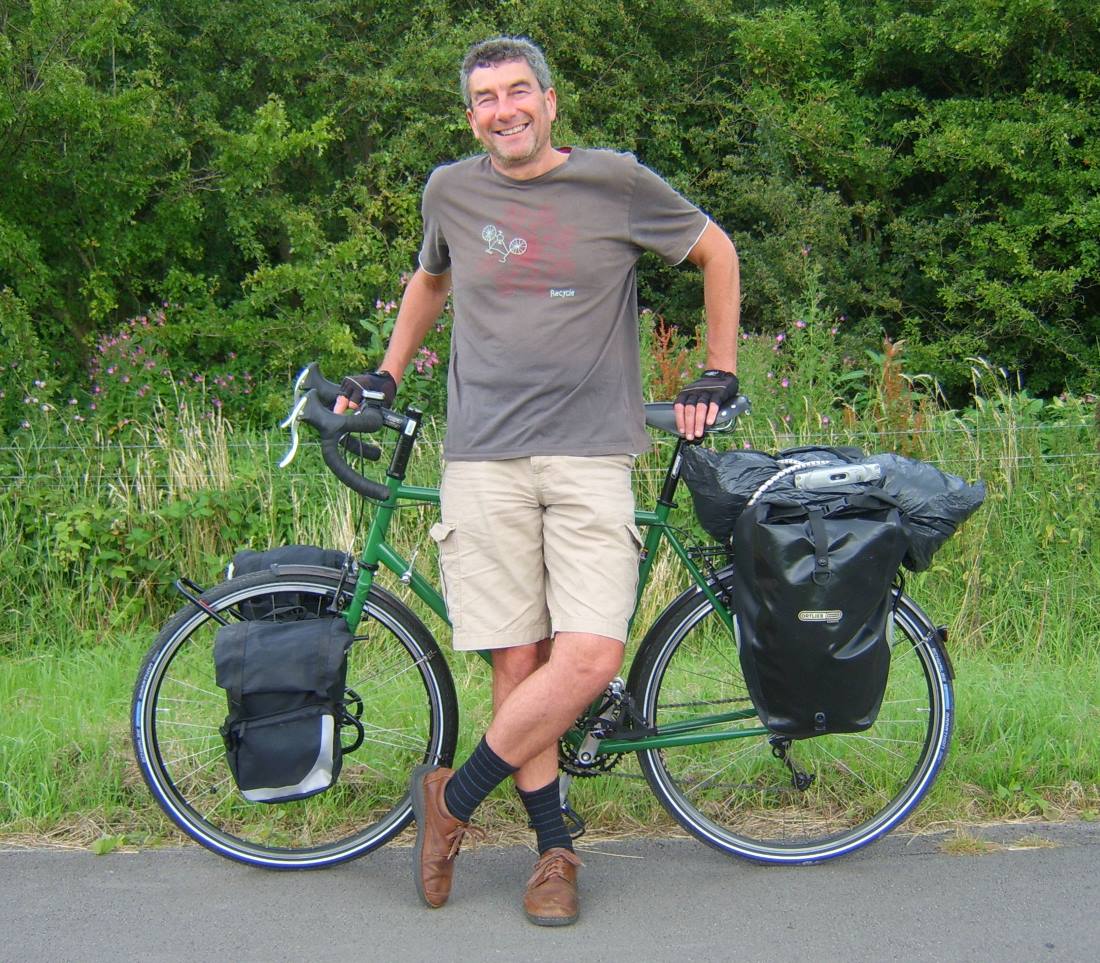 Read about this, about my other international End to End rides, and about much more, at my new website e2e.bike.

Daily blog posts are here, from St Malo on Day 1 to Nice on Day 15.

The total distance was about 1,000 miles, and took around three weeks to ride at my usual leisurely pace. I was camping and – after forgetting half of my tent during one hasty morning pack – staying in inexpensive hotels. 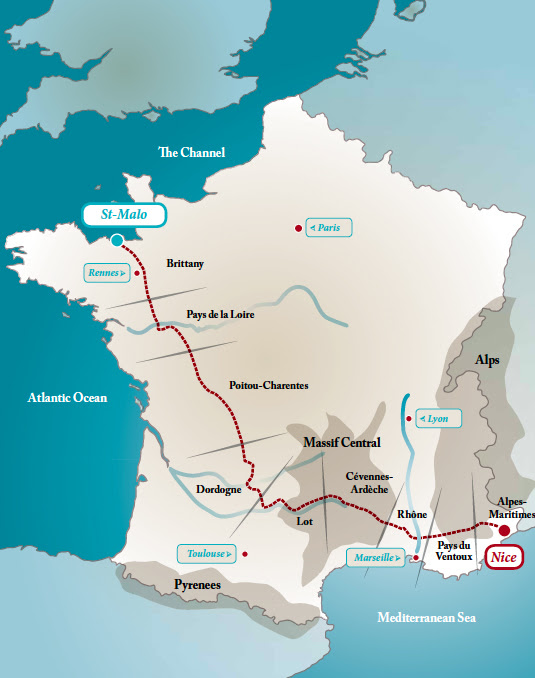 The route was the one suggested in the 2014 guidebook France en vélo, by Hannah Reynolds and John Walsh.

It's a journey of 'subtle and striking changes in terrain and landscape', which is very true, and the experience is quintessentially French, especially the bit about striking. (See more about the route from their website.)

The bike used was my custom-built tourer from Spa Cycles of Harrogate.

You can see where in the world I am right now (probably in my bedroom in York, actually) by visiting me on Facebook.
This trip was part of my long-term project of cycling international End to Ends:

More of my blogs

Rob Ainsley
Cycling writer. Do more cycling than writing though. Live in York but usually away.

Email me on rob [dot] ainsley [at] mail.com.